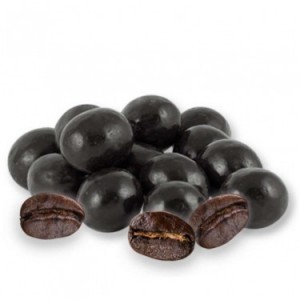 The finest hand picked estate Arabica espresso beans layered in dark chocolate. These chocolate covered espresso beans are one of our most popular products, and for a reason! 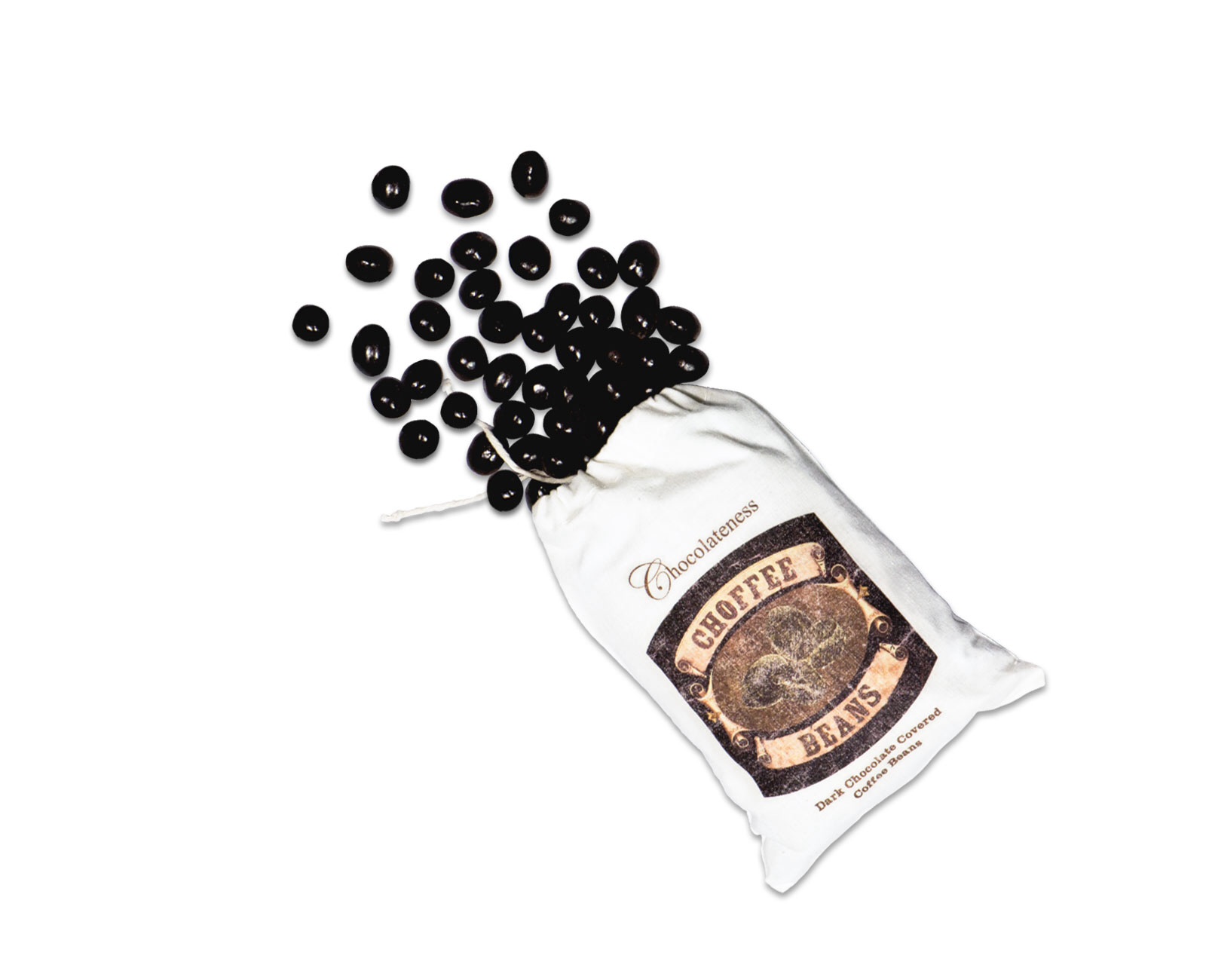 The History of Choffee Beans

The small creaky boat rowed onto the shore of the tropical island. The waves of the Atlantic Ocean gently caressed the white sands as the men pulled the craft up onto the beach. John Carmichael lead this small group, he considered himself to be a world-renown English explorer, big game hunter, scientist, poet and overall Renaissance man. He sailed on the ship Lucky Henry, one of the few English ships commissioned for scientific study and exportation. John’s petition to the King was helped along by the suggestion that he would probably come across some Indian gold during his explorations.

This small island sat a few leagues east of the Bahamas, and wasn’t on any of John’s maps. He smiled as his feet sunk into the soft, warm sand of the beach. Two burly sailors traveled with him, both bearing muskets and sabers; there was no telling what they might encounter.

One of the first things John noticed was the wreckage of a ship which had been salvaged to form an abandoned, makeshift shelter. This shelter was located on the edge of a small, sunny clearing near the beach. As John covered his eyes to survey the area, he noticed a strange tree stood in the center of that clearing – perhaps one of the strangest trees he had ever seen. John had discovered and cataloged many trees during his travels, but this one was new to him. He reached for his trusty journal, and started flipping through the various descriptions and sketches he had done over the years.

As the two sailors searched the abandoned wreckage-shack, John reviewed his journal while studying this unusual tree. He paused at the picture of a coffee tree which he had drawn in the hills of Hispaniola a few month prior. It resembled that type of tree…but there was a difference. The fruit looked larger and darker, almost like an elongated coconut. He was determined to learn more about this strange plant.

The fruit grew low enough to the ground that he reached to pluck one of the large coconut-like fruit. As he did, one of the sailors called to him. In his fervor, John had almost forgotten about his men, and the abandoned structure. The sailor handed John a worn, weathered journal. John eagerly grabbed the old book, loosened the crusty leather strap, and started to examine the contents of the delicate pages.

After reviewing the script, he determined the journal was written in French. This was not a problem for him, except that it had been slightly exposed to the weather, and had become more difficult for him to piece together the entire story of its previous owner. Nonetheless, he sat down in the morning sunlight and began to rebuild the events of this mystery.

Apparently, there were two vessels that were simultaneously shipwrecked on this small stretch of island after a particularly harsh storm. Neither group knew about the other initially, as their ships sank on almost opposite sides of the island. Of particular interest were their cargo. One vessel carried cocoa beans and the other carried coffee beans. There were some entries in the journal about trying to find food on the island, and some experimentation with their cargo and the local flora. Apparently, the rich soil of the island allowed the survivors to grow a hybrid tree from the cocoa and coffee beans, which produced a fruit that was a combination of the two. John looked again at the strange tree. Putting the book down, he approached it and yanked one of the large coconut-like fruit from a branch. He placed it on a nearby rock, lifted his saber, and split it in half with one swing. Hundreds of dark beans spilled out from the split shell of the fruit; the smell of cocoa filled the air. He cupped his hands and lifted a pile of these exotic beans to his nose, breathing deeply. They smelled like chocolate! He knew better than to eat from unknown plants, but he was an explorer after all. John popped a couple of these seeds into his mouth, and started to chew. He couldn’t believe what he was tasting, these little morsels had a rich chocolaty flavor, followed by a coffee crunch! He ate another, than another. He couldn’t believe how good these seeds tasted. They were like chocolate covered, roasted coffee beans! Truly magnificent.

John never found out what happened to the surviving crews from those two vessels. Some believe though, on the night of the harvest moon, the ghosts of those original sailors can be seen picking the fruit of the Choffee tree. The legend says they carry their harvest to their spectral domain to share these fine treats with their brethren in the afterlife.

John Carmichael eventually built a plantation on that island and grew his own Choffee trees from the original beans. He became quite wealthy selling his chocolate-coffee beans, which he called Choffee Beans. These rich treats became quite popular among the gentry of both the Americas and Europe. To protect his discovery, John kept the location of that island a secret, and his family continues to grow, harvest and sell those chocolaty treats today.

Please be aware that our chocolates are made in a facility that may process eggs, gluten (from wheat or barley), milk or milk products, peanuts, soy, tree nuts (such as almonds, cashews, pecans, pistachios, pecans and walnuts) or wheat.

There are no reviews yet, would you like to submit yours?